This edition of Ray Bradbury’s classic dystopian story of a world without books includes new critical essays and an introduction by Neil Gaiman, along with a message that is more prescient than ever.

Published in 1953, Fahrenheit 451 is regarded as one of Bradbury’s  best works. The novel presents a future American society where books are outlawed and “firemen” burn any that are found. The book is named after the assumed temperature at which paper combusts. (Wikipedia)

#1 Bestseller in Politics and Censored

This GoodReads Choice Awards for Best Fiction is a brilliant take on ex-husbands and second wives, mothers and daughters, schoolyard scandal, and the dangerous little lies we tell ourselves.

“It takes a powerful stand against domestic violence even as it makes us laugh at the adults whose silly costume party seems more reminiscent of a middle-school dance,” wrote Carol Memmott of The Washington Post.

Cormac McCarthy’s The Road takes a bleak peek into a post-apocalyptic future through the eyes of a father and son. The result is as brutal as it is touching and as universal as it is American. It is an unflinching meditation on the worst and the best that we are capable of.

Before The Hunger Games, The Maze Runner, and Divergent series, there was The Giver. This seminal classic in Young Adult literature set the tone and paved the way for much of the dystopian fiction many teens devour today.

The Giver won the 1994 Newbery Medal and has sold more than 10 million copies worldwide as of 2014. In Australia, Canada, and the United States, it is on many middle school reading lists,but it is also frequently challenged and it ranked number 11 on the American Library Association list of the most challenged books of the 1990s. A 2012 survey based in the U.S. designated it the fourth-best children’s novel of all time. (Wikipedia)

How Not to Die

Using groundbreaking scientific evidence and accessible, practical advice, internationally-renowned nutrition expert, physician, and founder of NutritionFacts.org Dr. Michael Greger examines 15 of the top causes of premature death in America to empower readers to take control of their health and live longer lives. In addition to showing what to eat to help treat the top fifteen causes of death, How Not to Die includes Dr. Greger’s Daily Dozen -a checklist of the twelve foods we should consume every day.Full of practical, actionable advice and surprising, cutting edge nutritional science, these doctor’s orders are just what we need to live longer, healthier lives.

In this revealing and poignant collection of essays, Glennon Doyle Melton discusses how to embrace the messiest, complicated aspects of our lives. Melton’s writing invites us to believe in ourselves, to be brave and kind, to let go of the idea of perfection, and to stop making motherhood, marriage, and friendship harder by pretending they’re not hard. In this one woman’s trying to love herself and others, readers will find a wise and witty friend who shows that we can build better lives in our hearts, homes, and communities. 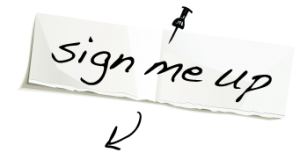 Eligible books are on the 25¢ tables in our Outside Sale (right side of building).

Kids with less than 50 books at home may select up to 50 free books.

Limit: after the first three times, not more often than every 3 months.

This is an outdoor event, bundle up.

If the weather doesn’t cooperate on the day you have a ticket, sign up for another day.

Everyone who accompanies a kid with a ticket also gets to select one free book from the Outside Sale.

Want to learn more on the impact of home libraries for children? Here’s some resources:

Information based on two-decade long study led by Dr. Joanna Sikora of Australian National University on the impact of the size of childhood libraries .

Science Says: A Book-Filled Home Has Benefits Beyond Reading for Kids

We use cookies and Google Analytics to collect statistics. We do not collect or use any personally identifiable information. Click here for more information about how Google collects and processes data.